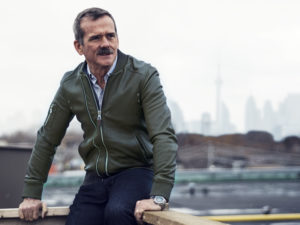 Look at the world around you. Any spot can be fascinating when you peer closely enough. Chris Hadfield remembers that lesson from elementary school, when a science teacher took his class on a field trip to an actual field.

“Each of us was assigned one square metre of land,” recalls Hadfield. “Our job was to identify everything that existed in that square metre of Canada. What does it look like? What’s there? Look at all of the natural life, the rock, the dirt, the plants, the bugs. It was a revelation even on that scale; the complexity of the ecology and all the underpinnings of science that go with it.”

Eventually, Hadfield explored somewhat larger canvases, as a mission specialist on the Space Shuttle and the first Canadian commander of the International Space Station. He can trace a line from his early science education to his career as a pilot with the Canadian Forces and an astronaut.

That education was broad. In school, one of the best lessons his science, math and other teachers conveyed was the importance of being a critical thinker. That cut across all disciplines.

“Through it all I learned a lot about what we more recently have categorized with the acronym STEM – basically an informed curiosity of the world and how it all works together.”

Those lessons went beyond the classroom. Hadfield grew up on a farm in Milton, Ontario, which gave him a hands-on appreciation for how STEM applies.

“On a farm you have a level of technological responsibility at a young age: chores and operating, repairing and being responsible for machinery. It gives you a practical understanding of technology,” he says.

His father was also an airline pilot, which was another huge influence. As a teenager Hadfield joined Air Cadets, which taught him more science, meteorology, aerodynamics, and engine technology. He became a glider pilot at 15 and a powered pilot at 16 through the program.

He has flown CF-18s for the North American Aerospace Defence Command (NORAD), served as an exchange officer with the U. S. Navy, and performed research work for NASA. In 1992 he became one of four new Canadian astronauts from a field of 5,330 applicants.

Among his achievements, Hadfield was the first Canadian to operate the Canadarm in orbit, to ever leave a spacecraft and float freely in space, and to command a spaceship.

Whether voyaging through space or checking out a square metre of land in school, Hadfield says the drivers are similar. It all goes back to his breadth of education, which opened new worlds of possibilities.

“I’ve always been curious,” he says. “All those things together – growing up on a farm, my father’s profession, Air Cadets, my public schooling – combined to give a complete, STEM-rich education.” 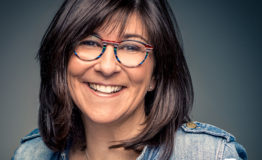 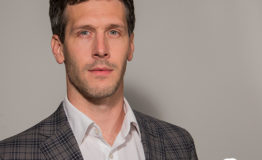 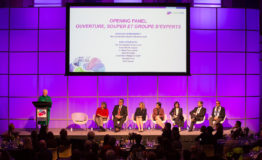